About a year ago, through many tears, I wrote this post of farewell to my dear friend, Julie Ryan, who had unexpectedly passed away, leaving behind a husband, children, grandchildren, and countless people whose lives she touched with love and tenderness.

I can hardly believe a whole year has already passed by. Perhaps it seemed to just whizz by because it was such an eventful one, with us welcoming a new baby into the family at the end of March, moving at the end of last summer, and two books of mine coming out sometime in between. One of them, The Hourglass, I dedicated to Julie, as she was the one who first made me stop and realize the precious elusiveness of time – and how much we should always try to make the most of it.

I still think about Julie every day. I hadn’t been lucky enough to ever meet her in person, but I know that someday, on the other side of the rainbow, we are going to get together and have that long, long cozy chat I wish we could have had in this life – on the front porch, swing creaking, ice clinking in glasses of lemonade.

Julie was one of those people who, though they are no more in this world, have spread so much of their life and light that their legacy endures forever, multiplying through generations and circles of people like ripples on water.

Rest in peace, dear friend. I will see you in every cozy kitchen, sunny garden, and overflowing bookcase. I will think of you when I make the choice to slow down, spending an hour making playdough with my children rather than answering emails. I wish the world had had the chance to have you longer, but you had lived well and made the most of every day, month and year.

This story happened a long time ago, but every once in a while, I recall it and feel the need to share, because it was so uplifting to me and, though seemingly a trivial incident, had a huge impact on the shaping of me as a young person.

Before I went to university, I worked at a number of odd jobs, the last of which was a cashier in a supermarket. It wasn’t easy, especially in the first few days. Hours were long, breaks were short, customers were rude – and on top of all that, at the end of my third day at work, I have found out that there’s a considerable sum of money missing.

I would have to return the missing money from my own salary. Side note: back then, it was legitimate practice. I fervently hope it has changed. A poor cashier that works for a minimum wage and made an innocent mistake isn’t supposed to pay. I felt so humiliated! This might sound out of proportion to you, I know, but back then I was very young and insecure. I felt like a total failure. I started walking slowly towards the bus station, my eyes clouded with tears.

There were few moments in my life when I felt more helpless than at that moment, when I sat motionlessly on a bench. Buses came and went, but I just couldn’t bring myself to get up.

And then the woman appeared. She had short dark hair and warm brown eyes, and looked like someone who is probably very cheerful and has a very large family. She was carrying a shopping bag and was obviously in a hurry; but when she saw me, she stopped walking.

“Excuse me, are you alright?” She asked.

“I’m fine, thank you,” I said, hoping my voice wasn’t trembling too much.

“Are you sure?” She insisted. “Do you need money for a bus ticket?”

Only then I realized I must have looked like a homeless drunk. My hair was a mess and my eyes were probably red and puffy.

She looked at me very kindly and said:
“You look like such a wonderful person. Don’t let anyone put you down.”

Then she insisted I must have one of the fresh bagels she just bought. I refused at first, but she just wouldn’t take no for an answer. She said I look exhausted and need to eat something. She gave me one of her bagels, said goodbye and walked away. I ate the bagel, and it wasn’t simply delicious; I felt as though it was a magic bagel – with every bite, the pain and humiliation were slowly disappearing, until I felt almost normal again; I got on a bus and went home.

Often, when I’m feeling down, I remember the woman who gave me that bagel, and the simple beauty of what she did never ceases to fill me with gratitude. She was in a hurry, but she didn’t just pass by. And she wouldn’t leave me alone the moment I said I don’t need anything. She refused to walk away without giving me at least some comfort. Whenever I think about it, it brings tears to my eyes. I hope that someday, as I work on making myself a better person, I can develop even a bit of that woman’s kindness and generosity.

In those few short minutes while we talked, I felt as though someone bestowed the precious gift of friendship upon me – something to keep me going at the darkest moments. It’s amazing how such little things can have such a tremendous impact on our soul. The words she said have resounded in my ears during many times of fear, despair and humiliation:

“You look like such a wonderful person. Don’t let anyone put you down.”

I know her words were a message from God, because He ever and always wishes to strengthen, encourage and uplift us. I’m not saying the messages we get are always meant to make us feel good. But they always carry a positive, not a negative force. They are always made of hope, possibility, insistence, improvement. They might painfully shake us, but they remind us He never gives up on us.

Thus, it’s easy enough to recognize the messages that are not from Him, usually spoken by people around us. If anyone in your life, anyone at all, deliberately makes you feel, and/or explicitly tells you that you are worthless; wicked; stupid; hopeless; crazy – that you are a terrible person, that you will never be able to make a difference, that you will never get up, shake off the dust and walk on – know that their message is not from God, and therefore not true, because He never wants us to drown in despair. He wants us to know there is always hope.

Though a few days have gone by, I can still scarcely think of anything but Julie’s sudden passing. I have never met anyone for whom, like for her, life was such a great, big, ever-growing circle of love and light. The words I most often remember in connection with her are, “I love to create, and my favorite thing to create is memories. How thankful I am for each one that is stored in my heart, and the hearts of those I love.”

With this in mind, when we chanced to be at the park with the children this week, I put my whole being into being with them. I let go of every care and worry, and only whipped out my phone to take a few pictures.

From home: One of this year’s new kittens.

The latest thrift-store find: two lovely vintage kiddush cups. These will get shined and put away in the kitchen cupboard today. Please ignore the table mess. 😉 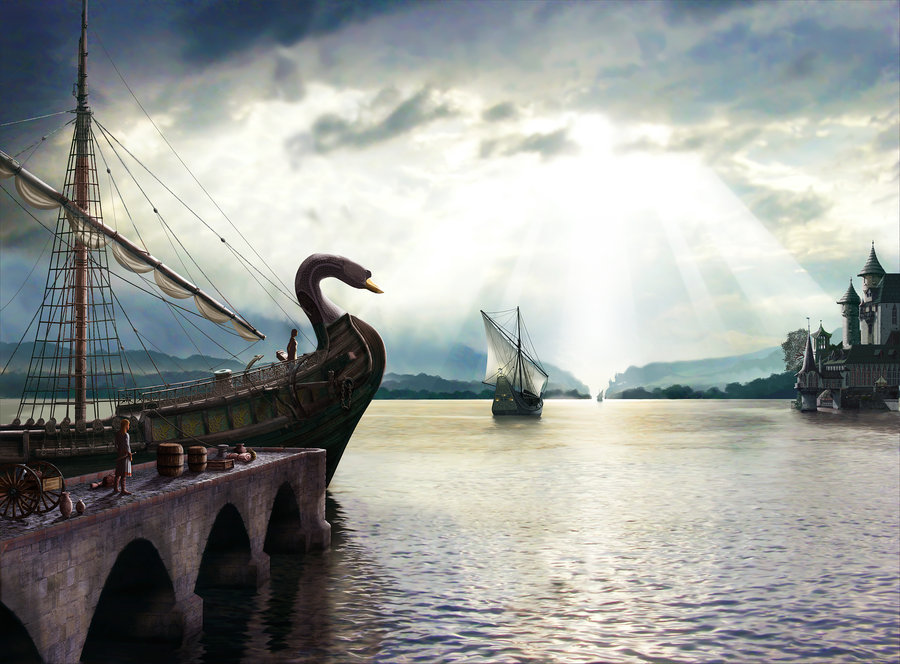 Today, I logged into Facebook and received a punch in the stomach – Julie Ryan, a great and noble woman and one of the people dearest to me on the other side of the Atlantic, unexpectedly passed away.

There are no words to describe Julie. Those who knew her, even a little bit, will never forget her. I never had the privilege of meeting her in person, but nevertheless, she was an enormous spiritual influence in my life. I am firmly convinced that Hashem led me to blogging first and foremost so I could get to know Julie. Though not Jewish, she was the one who first taught me the importance of what Rabbi Nachman from Breslev calls hitbodedut, just being out there alone with G-d and pouring all our feelings and prayers and cares and sorrows, our thankfulness and our fears and dreams, to Him in our own simple words, like a child speaking to their father.

Julie used to have a blog called Eyes of Wonder, where I first found myself on the receiving end of her kind and loving words. She eventually stopped blogging in order to protect her family’s privacy and her own time, but in years to come we have kept in touch – occasionally, as Julie was the busy mother of ten children and grandmamma to several grandchildren, and I also got married and started a family of my own – but she was in my thoughts very often. I have a whole notebook, which I treasure, filled with inspirational quotes from Julie’s blog, and excerpts from emails she had sent to me. Here is one, which I know she wouldn’t mind me sharing:

“Dear precious Anna, I have written you so many letters in my heart (and have a couple in my saved drafts folder, that never got completed and sent along—as I seem to always try and write a *longer* letter than time actually allows, then end up sending nothing–please forgive me for that, my dear friend). So, this morning I am sending along much, much, love to you—and an enormous thank-you for sharing your beautiful life and family with me, with all of us. We treasure you and have been so very blessed and honored as you have shared your beautiful wedding and priceless gift of your baby (and the exciting journey with all the sweet steppingstones along the way to actually holding your jewel in your arms and taking him/or her to your breast). ((Anna)) thank-you for continuing to share with me/us, even though at times life has not permitted me the time to respond as I would have so liked to. Thank-you for being my friend, for always thinking the best and hoping the best, and freely giving from your heart. I am so grateful that it is so.”

I am torn between sorrow for Julie’s passing, and thankfulness for there having been such a woman, mother and friend in the world.

I will conclude this with a poem Julie loved, Elizabeth Barrett Browning’s Out in the Fields with God. It just about summarizes her simple, childlike faith, and the very essence of her being:

The little cares that fretted me,
I lost them yesterday
Among the fields above the sea,
Among the winds that play,
Among the lowing of the herd,
The rustling of the trees,
Among the singing of the birds,
The humming of the bees.

The foolish fears of what might pass
I cast them all away
Among the clover-scented grass,
Among the new-mown hay,
Among the hushing of the corn,
Where drowsy poppies nod,
Where ill thoughts die and good are born —
Out in the fields with God.