I’m very happy to be able to tell everyone that our baby girl has arrived safely yesterday around noon, and we’re both doing well. Our older kids are delighted with this new addition to the family 🙂

The labor was very short and very intense, so much so that we barely made it to the hospital. Now it’s all about resting, recovering and bonding with our beautiful new baby – my favorite part.

And, if I get a little quiet for a bit, you’ll know I’m nursing, changing tiny diapers, or catching up on some sleep. For those of you who may be wondering – yes, I’m still hanging in there! There’s about a week and a half to go until my due date, and I’m hovering between frustrated thoughts (“I just want this to be over!”) and panic flutters (“Thanks goodness it wasn’t The Real Thing yet…”). Either way, the only way is forward!

I’m trying to take advantage of these last days to refresh my relaxation techniques and do, see and think of calming and beautiful things – and also to enjoy this final stage of us as a family of five, before our status quo changes; while we can all still fit into our little car, rather than juggle traveling in batches; while I can still ‘baby’ my son, Israel, who will soon be a big brother.

I wanted to share the following poem, which I wrote to Israel when he was just under 18 months old. I have so enjoyed, and am enjoying, every moment with him, from changing those first little diapers to now teaching him his first letters (at his request!), drawing with him, and roaming outside (as much as my watermelon-like belly will allow): 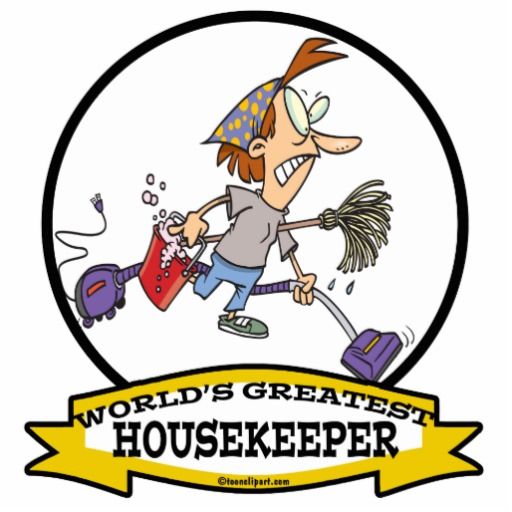 After a decade of marriage, it’s probably time to come to terms with the fact that cleaning will never be my hobby. There are many aspects of homemaking which I enjoy – cooking, definitely. Baking, mmm. Taking crisp, freshly washed, sun-dried clothes off the line – absolutely. But cleaning? Frankly, I can think of a thousand pleasanter ways to spend my time.

Of course, since we all appreciate clean floors, bathrooms and windows, I do clean, but the weeks between Purim and Pesach have never been my favorite time of the year. Add to this the fact that I’m due to have a baby in a couple of weeks, and you’ll get a picture that doesn’t exactly fit in with a marathon of vigorous cleaning. In fact, if I can but manage to drag myself off the sofa and do some dishes, I’m likely to congratulate myself at this stage.

Right now, it’s so much about letting go and lowering my (and everyone else’s!) expectations. We are facing a few stressful issues, but I’m really determined to reach the moment of going to meet my baby in as peaceful, stress-free state as possible. Last time around, I wasn’t able to do this. I was consumed by thinking about what I still need to do, and felt nearly cheated by the baby arriving a couple of days before due date, when I had counted on an extra week (my first two pregnancies lasted around 41 weeks).  Obviously, it was completely irrational, but I felt as though someone hit me on the head with a hammer and sent me headlong to a place where I wasn’t supposed to be yet.

Sure, it’s really great to take the whole kitchen-scourging thing a step further, and make it into full-blown spring cleaning. But you know what? I can’t do it this year. G-d has given me this pregnancy, and He has also scheduled it for this time of the year. I am sure He didn’t want me to forego the rest and relaxation so necessary in these last weeks of pregnancy, nor to exhaust myself by trying to do more than I am physically able to, nor to risk hurting my back by bending, lifting, or climbing ladders.

So I’m going to putter around, doing the easy stuff like sorting out our kosher for Pesach food items. My husband and older kids will pitch in with what they can. And I’m going to have my baby when she comes. And the dust will accumulate a little further, and wait for the time when I’ve recovered my health and strength. And life will go on.

Also read this lady’s down-to-earth and practical article – a breath of fresh air to all who have been harassed by the upcoming holiday and all the cleaning it entails.

I’m now entering my last month of pregnancy, and while I’ve done this three times already, about the only things I can be pretty sure of are – labor is going to hurt, and I’ll have a baby in the end. Otherwise, it’s still plunging deep into the vast ocean of the unknown, every single time. You have no way to predict how it’s going to go.

I’m terrified of giving birth. It’s physically rigorous, it’s traumatic, and it reduces me to a semi-conscious, barely articulate being that has very little in common with my usual rational self. Also, no matter how many times I do it, I will never be able to comprehend how on earth a baby can be squeezed out of there. When I think that I’ve done it and was up and about a mere couple of hours later, it’s  a miracle.

I won’t lie, I’ve been considering an epidural – or even an elective C-section – to help with pain and the extreme anxiety I experience each time, and to avoid finding myself in that unpredictable out-of-control place. But my fear of needles and surgical procedures is even greater than of giving birth, and it doesn’t seem this fear is so very irrational.

What makes me even more suspicious is that the medical staff always, without fail, portrays epidurals as something 99.9999% safe and effective, with only a minuscule portion of side effects. The anecdotal evidence of countless birth stories (because, remember, I live in a society where everyone has a lot of babies all the time) paints a different picture. It’s true that serious complications from epidurals are rare, but I have heard a fair share of stories of inadequate pain relief (with limited capability to move and deal with the pain in different ways), headaches and backaches that have lasted any time from a few days to a few weeks, prolonged and ill-controlled pushing, and prolonged recovery. A friend actually told me how she opted for an epidural, and there wasn’t time to get one – they had just inserted the needle, but didn’t even give her the drip yet when the baby was born – and the placement of the needle itself had hurt the nerves of the spinal cord, leading to back pains that have lasted for 10 years (!).

Fact: the placement of the epidural is a delicate procedure performed by humans. Humans are not infallible. Things can go wrong, and it’s silly to ignore this.

Did these women go to their health care provider and complain of the ill effects? Many did, certainly. The overwhelming majority of them received the same response: “You can’t really prove this was because of the epidural.”

The truth, I believe, is that the medical establishment does not really want to look at how widespread the side effects are, because it would necessitate gearing the whole system anew. Epidurals are extremely staff-friendly. Once a laboring mother gets one, and is hooked to monitors, etc, she can basically be left alone for hours in a quiet, undemanding state, because she is relatively pain-free and comfortable. A system that provides alternative means of pain relief on a more widespread basis would have to be more active, caring, and focused on the mother. It would mean more attention from midwives, more listening to the patient’s wishes, and more accommodations in the way of turning each L&D ward into a mini-natural birth center.

Fact: while a controlled hospital environment, intermittent fetal monitoring, the presence of doctors nearby, and the availability of NICU potentially increase the safety of childbirth for mother and baby, epidurals do not. Not even doctors claim that epidurals make a birth safer, or provide better outcomes. It’s 100% about pain management and comfort.

Plus, while in Israel women don’t pay for epidurals or C-sections, it doesn’t mean that this stuff comes free. Someone funds it, and that someone is the government (which, of course, is in its turn funded by our taxes). I’ve birthed, so far, with nobody present but a midwife to catch the baby, and no fancier equipment than a birthing ball and a shower with a jet of hot water. Midwives, showers and birthing balls are a lot less expensive than anaesthesiologists, surgeons and I.V. drips, and every hospital receives a fat check for each medicated and/or surgical birth. Less women who opt for epidurals means less money for hospitals and less employment for anaesthesiologists.

Don’t get me wrong, I think epidurals should be available to every woman who requests them, without question. Labor is a hugely individual thing, and what is manageable for some is impossible agony for others. If a woman is actually going through hell, or has gone through hell in a past birth, she might well decide that the risk of longer recovery or a few weeks of migraines are worth it. Some women would probably never have more than one child if it weren’t for the possibility of medical pain relief. I think it’s despicable and unethical that in some countries, natural birth is viewed not as the mother’s choice, but as a way to save money for the government.

I’d say that if the birthing mother wants something – an epidural, a massage, whale music, candles, a doula, her mom, a yoga instructor – everyone around her should do everything to support her choice and give her what she needs, or even thinks she needs, because the psychological factor plays a huge role. It has to be the woman’s choice. But it must be an informed choice.